Why does my puppy have a soft spot and is it safe?

Historically, the Chihuahua developed in Mexico and the United States has displayed a “soft spot” on the top of the head. In the Chihuahua this spot, or fontanel. is known as the MOLERA and is the same as that found in human babies. In the past, this molera was accepted as a mark of purity in the breed, and it is still mentioned in most Chihuahua breed standards the world over. About half of all Chihuahuas have a slightly open molera at maturity (24 months) and it is completely normal and acceptable in the breed. It is not a defect or imperfection it is, instead, a mark of purity.

It is important to note that while many Chihuahua puppies are born without the molera, there are probably just as many born with one and its presence is nothing to become alarmed over.

As shown in the illustration below, the molera in the Chihuahua will occur on the top of the head and may vary in shape and size when present. Some are larger than others.

Unfortunately, many lay people and some Veterinarians not familiar with the Chihuahua have tried to link the mere presence of a molera with the condition known as hydrocephalus. This has caused many newcomers to the breed serious concern and worry. The truth is that a domed head with a molera present does not predispose the Chihuahua to this condition. Along with the observations of devoted breeders over the years, there is adequate medical evidence to support this statement.

While it would be impossible to list all the medical documentation here on this page, these few included here are perfectly clear; the presence of a molera does not mean the Chihuahua has a medical problem.

The Chihuahua is a little dog! They belong in the house, at their owner’s side, receiving all the love they deserve to receive. With or without a molera, the healthy Chihuahua that is loved and given proper veterinary care will live well into its teens as an irresistible member of the family.

*THIS PAGE MAY BE PRINTED OUT TO BE SHOWN TO A VETERINARIAN WHO MAY NOT BE FAMILIAR WITH MOLERAS.

*Reprinted with expressed permission by the Chihuahua Club of America 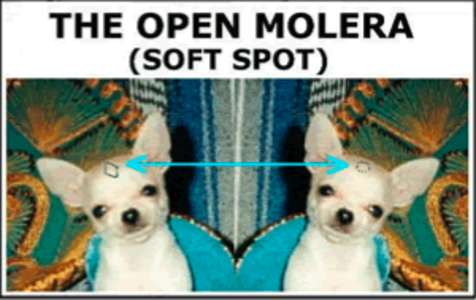 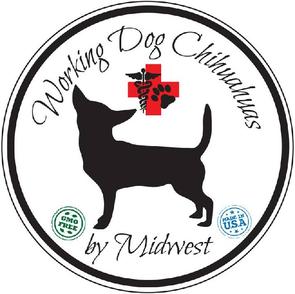